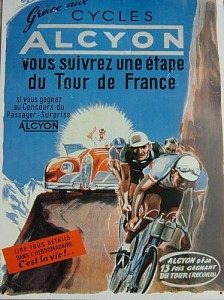 I wouldn’t know actually. But I am raising the question since Alcyon wasn’t too happy when Tour de France director Henri Desgrange decided in 1930 to allow only national teams to compete in the world’s toughest cycling race of that time. We also know that Alcyon had a very strong relationship with Belgian cycling since some of the best Belgian riders had been winning the Tour de France and many classic races on their Alcyon Bicycles. Odiel Defraeye was the first Belgian winning the Tour de France in 1912, on a genuine blue Alcyon bicycle. But also Maurice Dewaele, Romain and Sylvère Maes were part of the strong professional Alcyon cycling team when winning their Tour.

Germain Derycke was one of the last Belgians to ride under the wings of Alcyon in the fifties. In 1954 Alcyon was bought by Peugeot and therefore the new management slowly silenced the Alcyon brand from 1955 onwards to finally stop sponsoring in 1961. Derycke still managed to win Milan-San-Remo in 1955 wearing what is known to be the last blue Alcyon-Leroux-Hutchinson jersey of cycling history. 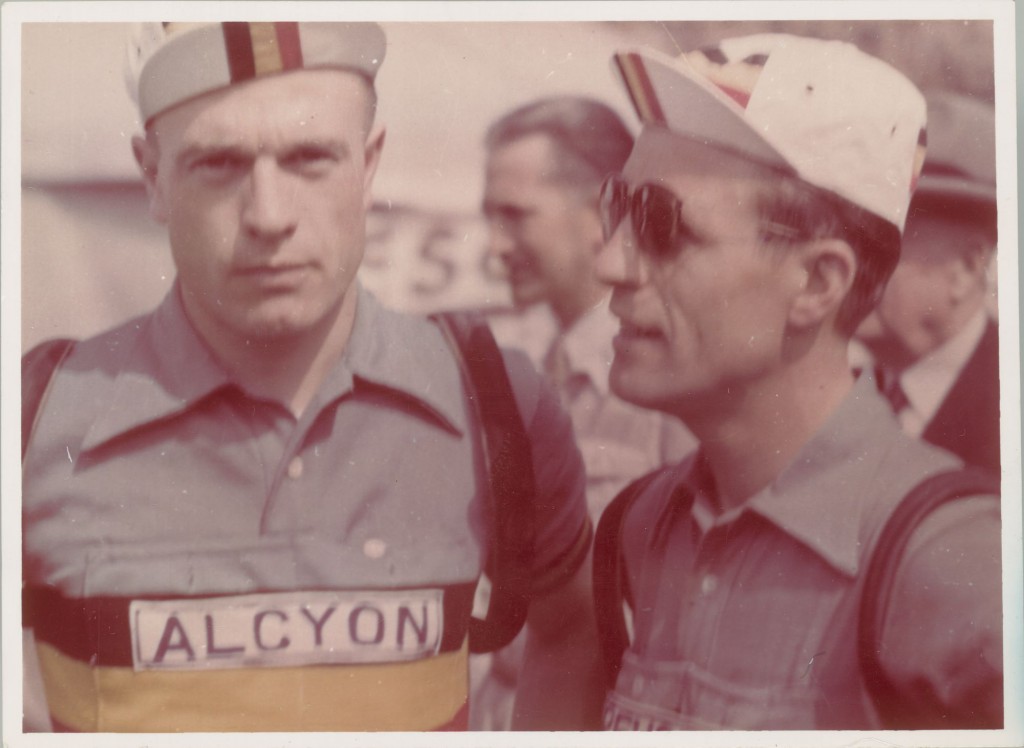 The bicycle brand no longer exists but the Alcyon blue lives on in our Belgian national cycling jerseys. Coincidence? Who will tell…