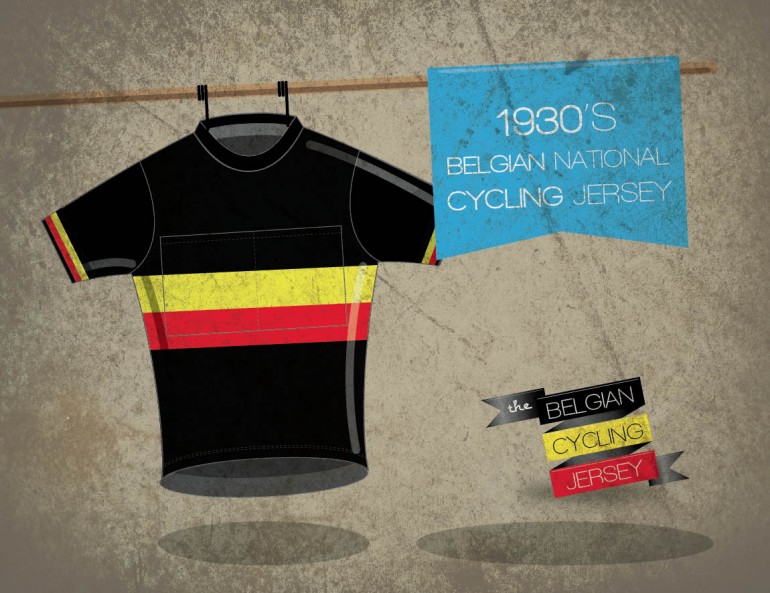 It was known that Desgrange wanted the Tour de France to be a race of individualists. When he noticed that riders of commercial teams would assist each other anyway, he decided to group  the riders in national teams.

According to the Wiemu Roeselare, these very first Belgian national shirts were black with yellow and red stripes on the chest and on the sleeves what made them look more like the Belgian national champion jerseys we know nowadays. This picture from Jean Aerts and Georges Lemaire in the 1933 Tour de France confirms the color of the jersey: